all i want s3 is for bellum to get a cat

I Love A Dumbass

some older art from when I first watched season 1, just thought i'd post it here :3

#carmen sandiego #i luv how u color..

i'm not gonna make a fancy post or anything like that but hey i made a carmen sandiego discord server! if you like the show or are interested in it and wanna talk about it to people as you go (maybe even watch it with others), feel free to join!! i mainly made it bcuz im uncomfortable with what some ppl ship in the bigger one so...yeah!! i'll put the rules under the cut

Do not use slurs you cannot reclaim.

Do not bring outside drama into this server.

Do try to keep content in their respective channels: I like things being organized. Do be respectful towards one another! If a disagreement were to occur, please handle it civilly and make an effort to communicate. Think: What would Carmen do?

Here are my reasonings for not allowing the above ships:

Red Crackle a.k.a. Gray/Carmen: Carmen flat-out says that she views Gray as a big brother. I understand that Gray's memories were wiped and that he seems to be into her, but it's clear that Carmen does not reciprocate those feelings. Overall, the idea of the ship makes me very uncomfortable.

Player/Anyone: Player is a teenager. The other characters are adults. Not much to really say on this one.

The Rest: The remaining listed ships all fall into the same reasoning as to why I won't allow them, so it's simpler to combine them into one category. The answer is simple: power imbalance. I do not care that the members of Team Carmen or the operatives who trained with Black Sheep are adults. It does not change the fact that the former and current members of VILE Faculty and ACME are 40+ (well, Chase could be in his 30s but my point still stands). Julia is excluded as she reads as being around Carmen's age.

#cosmic chatter #text #carmen sandiego #carmen sandiego 2019 #discord #discord servers #i dont usually put server links publicly but i trust waterfall yknow #i saw julia/chief but the main reason that one isnt included is bcuz while julia is around carmens age #she's def older than her and also definitely a LOT more emotionally mature #also like...vile faculty are basically like carmens parents and they are the operatives teachers which makes any ships that follow those Uh....yknow

I WANT DR BELLUM TO DEFECT SO BAD DUDE,,, i love her so much please let her join team carmen please im begging you writers

tbh i think only shadowsan and dr bellum COULD defect... coach just WOULDN'T in my head.

i completely agree dude!!! like, i really wanna know what would've happened if she DID see gray, yknow? in the book, they flat out tell you that crackle was her favorite student (as he would constantly stop by her lab and help out with her inventions)

when erasing his memory, albeit in an intimidating fashion, she tells him that the process is painless and that he was going to have happy days. after the fact, they (im specifying they bcuz we dont know if she did have a hand in this part) got him his old job back

when le chevre made a comment on how gray would never remember them, i dont know if you noticed but her mood did like...a comPLETE 180 and she responded aggressively towards le chevre, reminding him that she could wipe his memory too. i think like, from le chevres perspective he thought she was being malicious when she made the comment on how she would never forget crackle, but i think she was being sincere. knowing that its heavily implied that bellum has adhd and is also possibly autistic, it makes sense!

for other imagery, if you notice that the vile members have some form of green on them. brunt is her hair and eyes, cleo are her clothes and eyes, and for bellum its her goggles! maelstrom doesnt have any green on him but i dont think he's ever gonna defect so we're moving on from him. ANYWAYS, you COULD make the argument that bellum is seeing the world through vile's perspective

+ to absolutely sound like a conspiracy theorist but when they're discussing shadowsan's betrayal, bellum stood away from the other faculty and was the only person standing on a red tile while everyone else was on the green. i mean just like please god let bellum join team carmen i know she's basically the worst of the faculty when you look at the stuff she's tried to do (sticky rice caper, opera in the outback caper, crackle goes kiwi caper), but im positive that its because she has low empathy and has difficulty caring for ppl she's never met 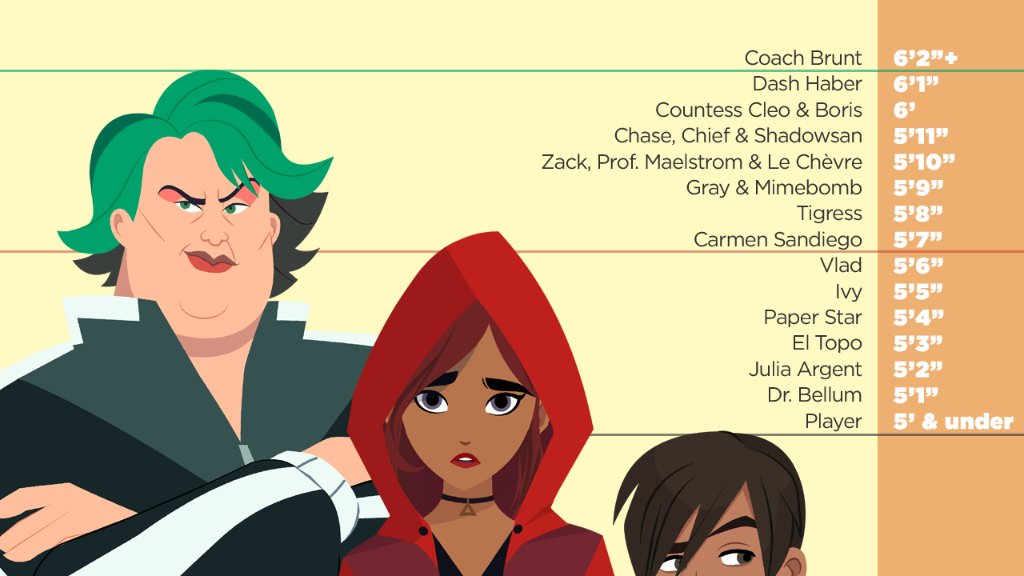 we got official heights 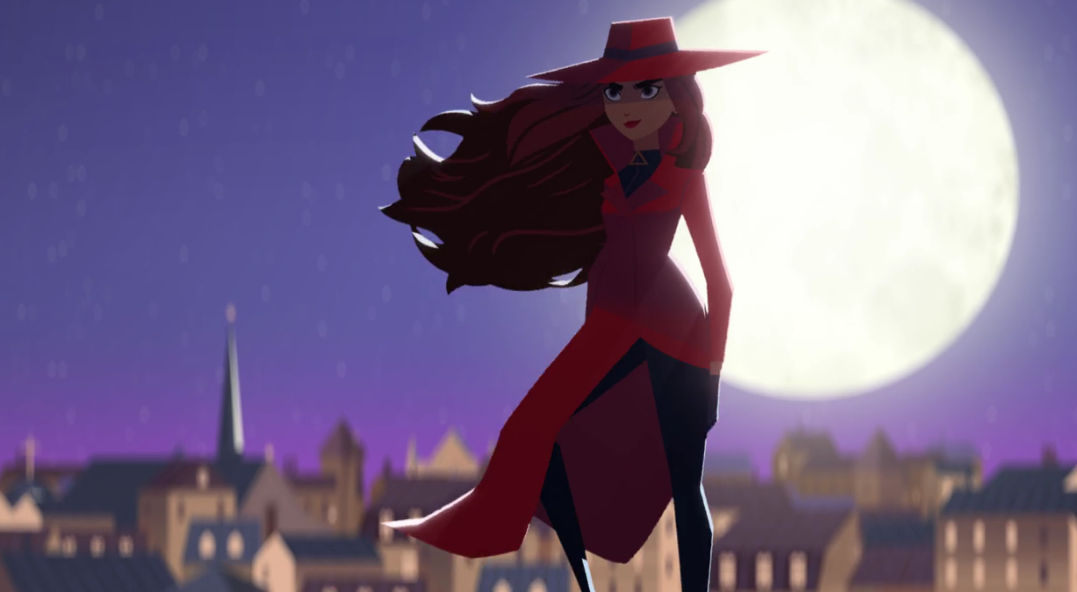 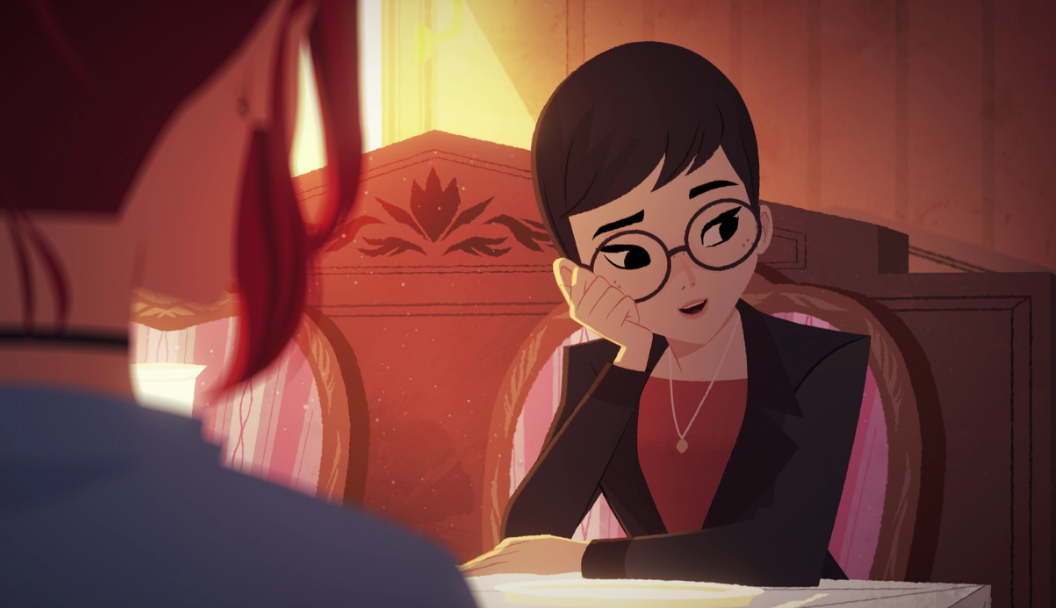 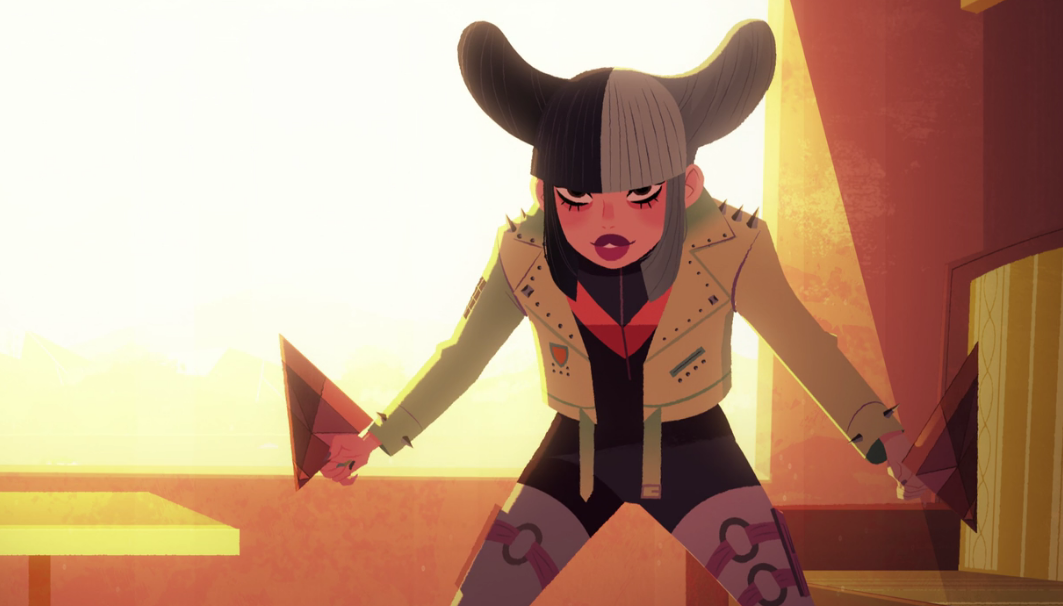 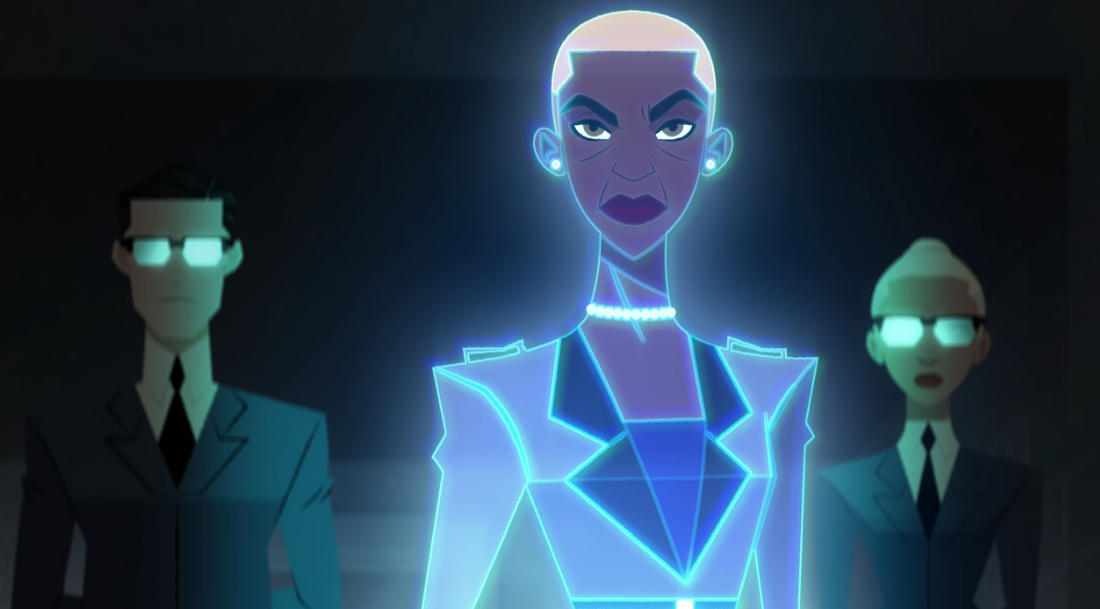 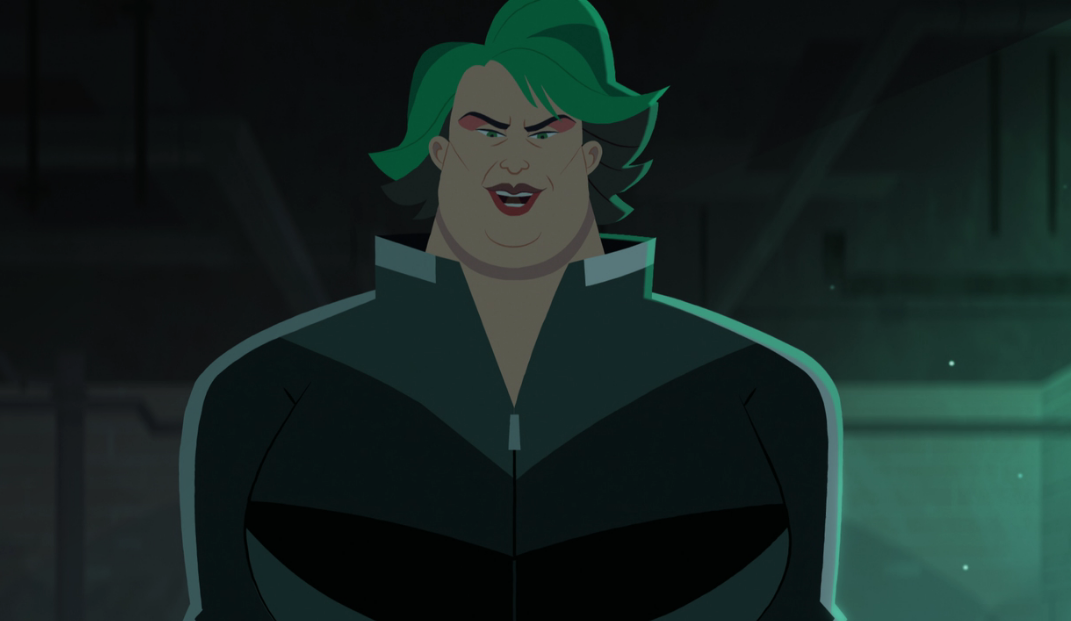 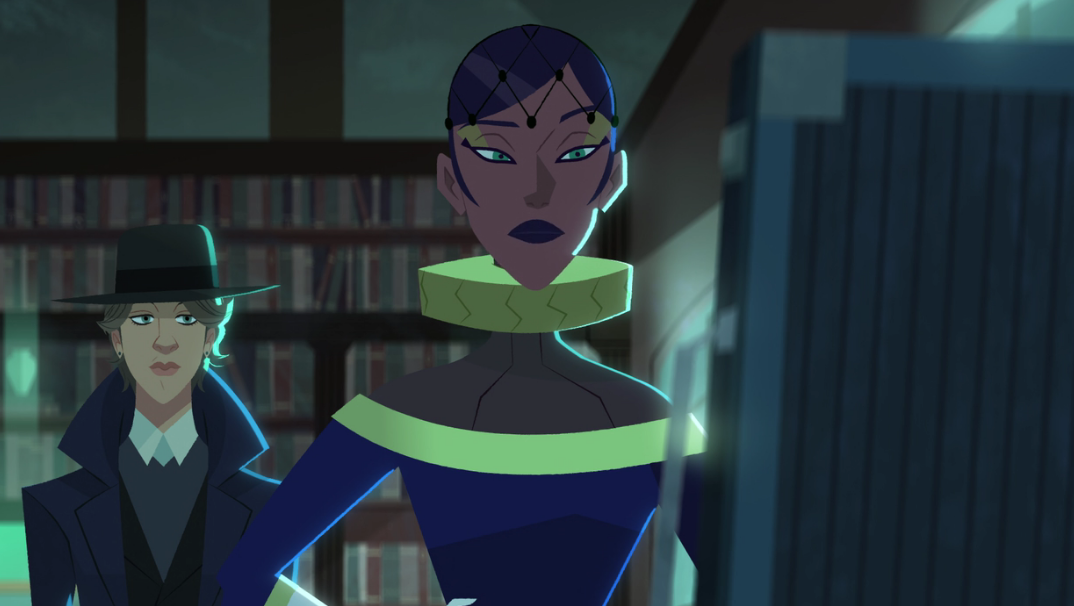 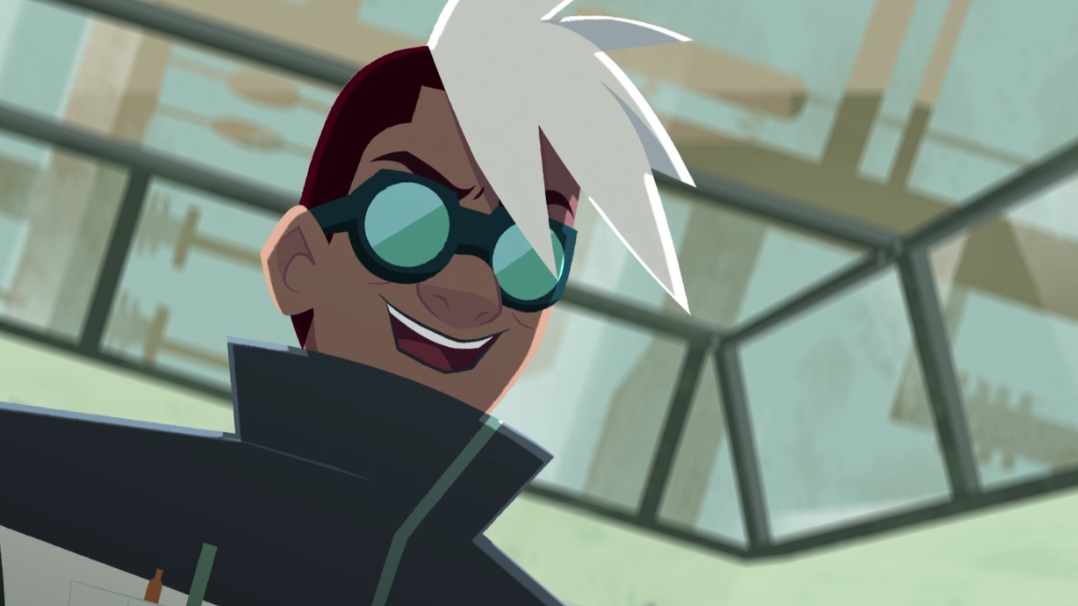 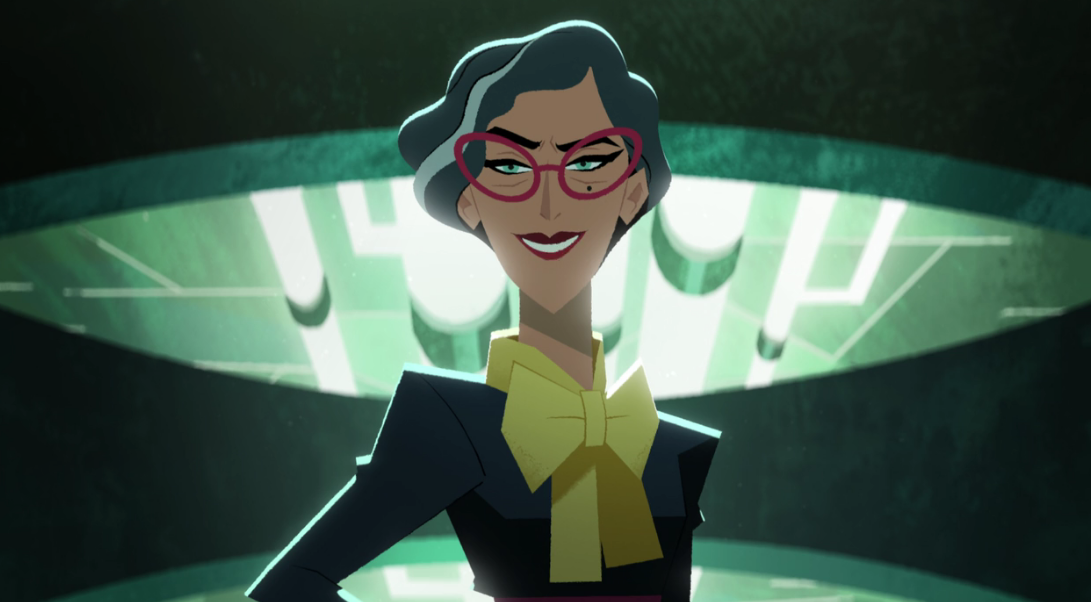 a pocket of dr bellums